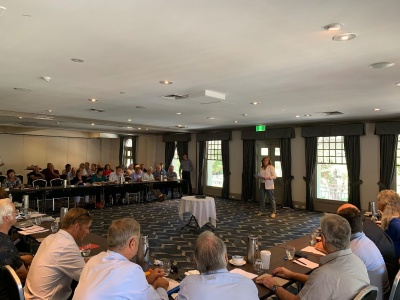 “What we have seen happen in Western Australia with regard to Western Rock Lobster and the McGowan Government’s move to issue licenses to itself, is unprecedented, we believe illegal and condemned by representatives at today’s meeting. This action dramatically devalues the local industry and has national consequences on property rights, not just within the seafood industry,” SIA CEO Jane Lovell said.

“Those present from fishing communities and families from throughout Australia clearly stated their support for the rock lobster fishers of WA in their battle against the unfair and unjust seizure of the fishery by the state of Western Australia.  The result of that seizure would be to undermine sound fisheries management to the detriment of the whole Australian community” Dr George Kailis, Executive Chair of the MG Kailis Group.

In an unprecedented showing of unity industry leaders from every state and territory came together today and discussed pathways to address the constant erosion of our access to resources, and the devaluation and destabilisation of the commercial seafood industry around the nation. The meeting focused on establishing a long term approach to provide greater security in our access rights, and we have agreed on the following unequivocal resolutions:

1. We support the WA Rock Lobster industry in their battle to reject the unprecedented, unfair and unjust proposal to steal fishing access rights;
2. We reconfirm that security of fishing access rights is paramount to proper fisheries management, conservation and community benefit;
3. We commit to working more closely with the Australian community;
4. We will work to engage and educate our politicians for better community outcomes.

“Seafood Industry Australia was created to provide a united voice of the Australian seafood industry, to promote, protect and develop the industry; and today we have done just that.
This tipping point meeting is the catalyst for the start of a unified industry approach for long term secure access rights for Australian fishing families and the Australian community at large,” Jane Lovell said.

Thank you for the opportunity last year to either supply and market our top quality local fish to you or merely to be involved together in some capacity in this great industry of ours, yielding good business relationships off the back of what was the toughest of seasons. I am looking forward to the new season ahead, concentrating on continuity of supply as being at the forefront. Working and communicating closely with my fishers we are confident that this year we will be able to secure a solid and constant supply so as to ensure our local product has a strong presence in the marketplace.
A snapshot thus far reveals confidence that the fish will be there in numbers again due to favourable conditions from last year, even despite the rainfall being inconsistent thus far. We have seen flow-off in northern parts of the Gulf early in the year, but only now in the southern parts, and these larger river systems at the base of the Gulf such as the Flinders River are crucial to catch yield. The western parts of the Gulf and the NT are only now seeing the wet influence their fishing grounds which could suggest a pattern like last year, very good catch yields a little later on, come Mar/Apr.
I will be working diligently to make sure there is a concentrated effort this half of the year, before the cold snap comes and reduces catch numbers. This is also to combat the many other issues such as fishing practises changing. Last year we saw Barramundi fishers chase other species such as Mackerel in the later half of the season and this put a considerable strain on supply. It may very well be a trend as this fish species will be very much sort after again this year.
The other important aspects of our product are always under the microscope, searching for ways to ever improve, such as quality assurance and usability to the consumer. The benchmarks of a quality wild catch brand from fisher to market is what was highlighted in efforts last year through the FRDC’s Fish-X program (in which I was a consultant) and what will be nurtured and expanded upon this year.
Working together and being market-ready, we will be able to reap good results for the loyal consumers of Australian wild catch and be able to offer consistency to the marketplace. I am on the front foot and am prepping for first half and pre-Easter supply, with my fishers looking to start on the buzzer come the 1st Feb.
Pls do not hesitate to contact me leading up to the start of the 2019 season and beyond... 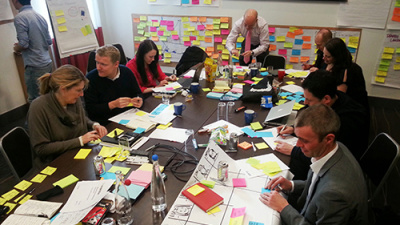 A boost from Alan Jones to the seafood labelling issue for his Sydney audience for which the link is below for your interest:

An innovation program for an innovative industry 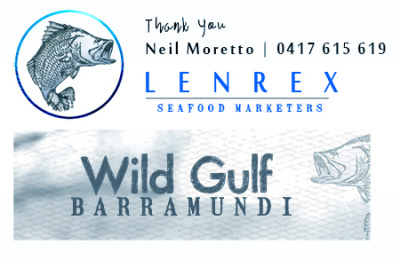 Greeting all. I’m on a mission to develop a premium Wild Caught Barramundi product that speaks to the story of its sustainable capture by licensed professional fisherman from the Gulf.In my quest, I'm first gathering the evidence from buyers through a short 2-3 minute survey.

Researchers, innovators and primary producers coming together to discover new opportunities in fisheries and related industries.